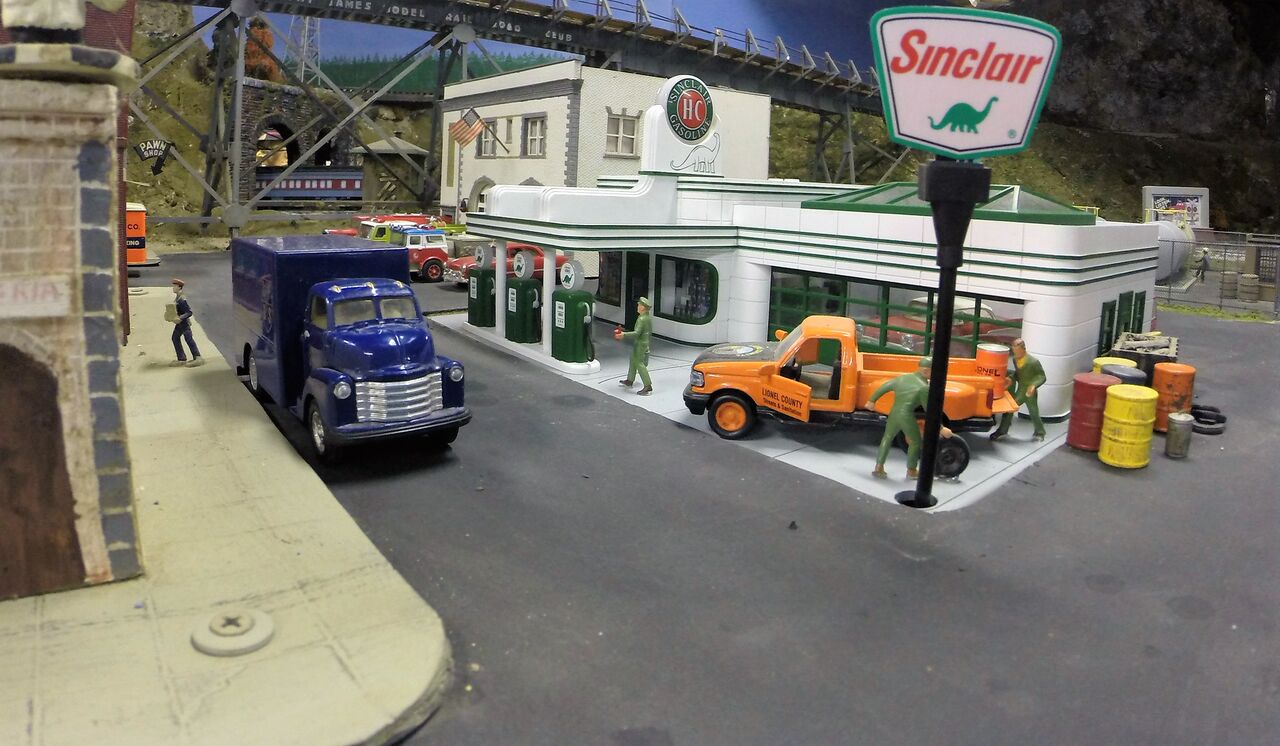 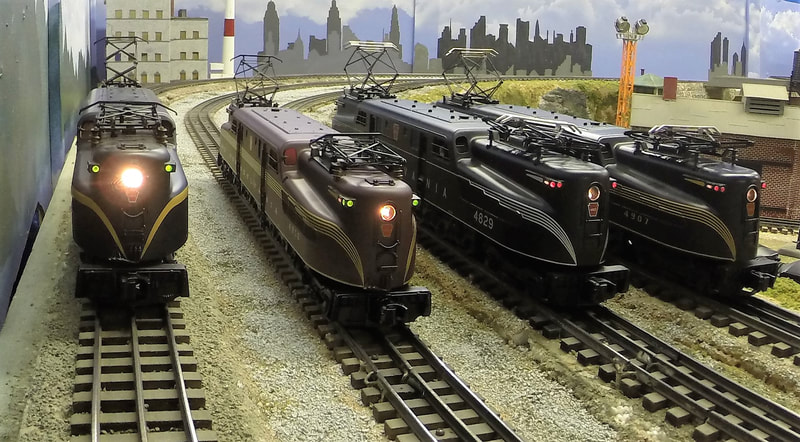 The Saint James Model Railroad Club was founded in 1983. After scouring the town for available space and almost losing heart, a kind landlord donated space in what was known  as the Flatiron Building. The basement space of 14 X 60 feet, across from the oldest, still existing, railroad station on the line was a perfect location. More Lionel enthusiasts were found and the Saint James Model Railroad Club was born. Unfortunately, 6 months later, the building was sold and the club was asked to vacate.
Determined not to let this happen again, the Town of Smithtown was asked to sponsor the club and to help find space to set up a permanent display. Through the efforts made by the town officials, and the cooperation of the Smithtown Township Arts Council, the Saint James Model Railroad Club was granted a permanent home in the basement of the historic Mills Pond House. In January 1984, the club moved all of its lumber, track and layout materials to its present location. The original layout was based on a re-creation of the Long Island Smithtown to Port Jefferson run. Since that time, the layout has evolved and the club has slowly added enhancements that deviated from that theme.  It no longer considers the Long Island Railroad the basis of the layout. However, some of the areas on the layout are  still named after areas on Long Island.

Since its inception, The Saint James Model Railroad Club has maintained as one of its priorities, its yearly open house. The club held its first open house in December 1984, and over 900 people came to see the Railroad. The Saint James Model Railroad Club has hosted a Holiday Open House all but 2 years of its existence. Only
during its first year, when it was under construction, and again in 1999 when it was forced to temporarily close due to a major electrical upgrade to the Mills Pond House, did the club not host its Annual Holiday Train Display.   Many people return year after year to see the display. Members have watched some regular attendees grow up from small children to young adults at this traditional event.

The club has improved greatly over the years. There are many scenic details that have been added. The layout has been upgraded to where 9 trains can be run simultaneously and there is enough storage tracks to hold 15 different trains during our annual open house. This means attendees will see more action and variety than ever before. Modern technology has allowed the club to provide more animated accessories, more lights and digitally recorded sound. Steam engines puff smoke and "chuff" with the recorded sound of a real steam engine in synchronism with the wheels. Diesel engines also sound like the real thing, and passenger trains make station announcements. The St. James Model Railroad Club will continue to improve and adapt as the years go by and is committed to provide the public with the best and most exciting display possible.